On 24th February, the ceremonies to celebrate the 30th Anniversary of HM Emperor Akihito’s Accession to the Throne.

HM Emperor Akihito ascend the throne on 7th January 1989 due to the death of Emperor Showa.

On the morning, the members of Imperial Family gathered at Imperial Palace to celebrate Their Majesties. 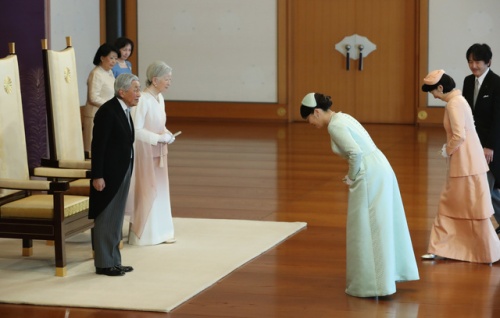