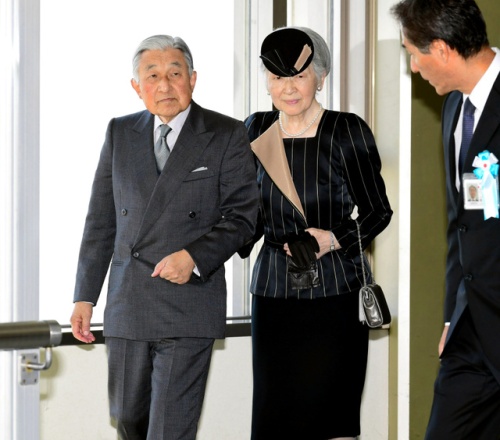 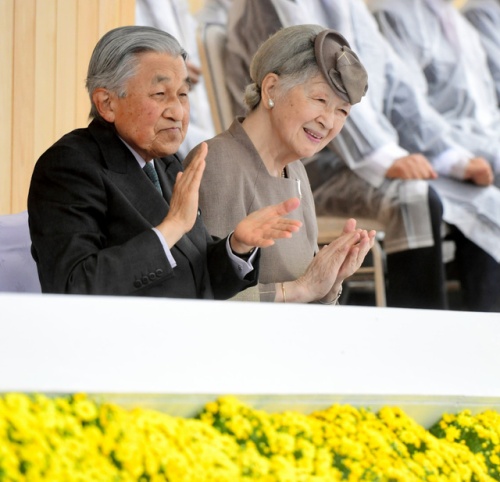 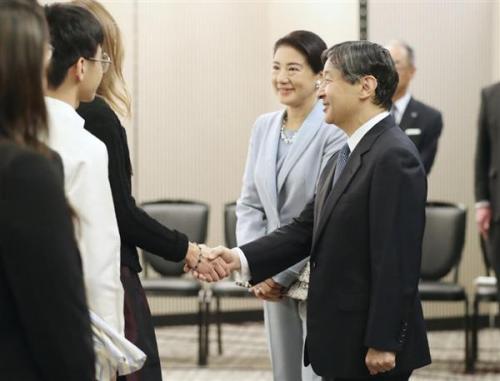 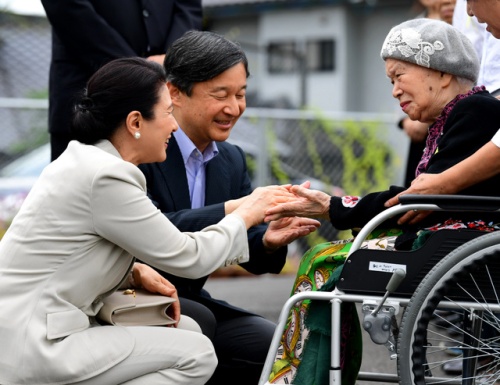 On 26th September, Their Imperial Highnesses visited Asakura City to encourage the people affected by the localized torrential downpour in July.

Photo from iza, Asahi1 and 2

Photo from Sankei and Chukyo TV

Imperial Visit to Ehime and Hiroshima 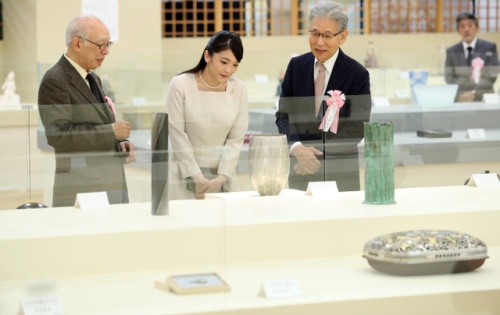 On 19th September, the Ceremony of Kokki-no-Gi was held at Takamadonomiya Residence.
Kokki-no-Gi is the traditional ceremony to set the date of the wedding of HIH Princess Ayako and Mr Kei Moriya officially.

TOKYO (Kyodo) — The date of the wedding between Princess Ayako, the youngest daughter of Emperor Akihito’s late cousin, and commoner Kei Moriya was officially set for Oct. 29 in a traditional ceremony held Wednesday.
In the “Kokki no Gi” rite held at the Takamado residence in Tokyo, a relative of Moriya acting as his messenger announced the date to Princess Ayako in the presence of her mother Princess Hisako. It was one of a string of traditional rites preceding their marriage.
“I gratefully accept,” the 28-year-old princess told 76-year-old Tatsuya Kondo, a former head of the Center Hospital of the National Center for Global Health and Medicine, according to the Imperial Household Agency.
The wedding between Princess Ayako and Moriya, 32, will take place at Tokyo’s Meiji Shrine and will be attended by imperial family members including Princess Hisako, the widow of the late Prince Takamado, and Princess Tsuguko, the eldest sister of the bride.
The day after the nuptials, a banquet to be attended by Crown Prince Naruhito and Crown Princess Masako as well as the heads of the three branches of government will be held at Hotel New Otani in Tokyo.
According to the agency, the princess and her fiance are busy preparing for a series of ceremonies and their life at a new residence after their marriage. They currently do not plan to make a honeymoon trip.
After the marriage, Princess Ayako will leave the imperial family as the Imperial House Law stipulates women lose their royal status after marrying a commoner.
Among other ceremonies in the run-up to their marriage are “Kashikodokoro Koreiden Shinden ni Essuru no Gi,” in which Princess Ayako will pay respects at the three palace sanctuaries for the last time as a member of the imperial family, and “Choken no Gi,” in which she will express her appreciation to the emperor and the empress. 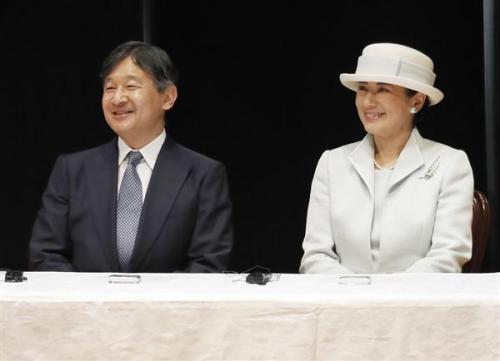 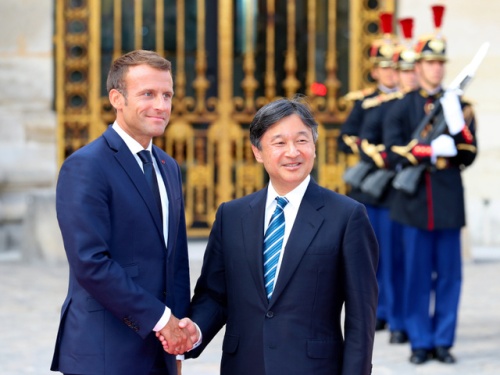 From 7th September to 15th September, HIH Crown Prince Naruhito visited French Republic to commemorate the 160th anniversary of the conclusion of the Treaty of Amity and Commerce between Japan and France. 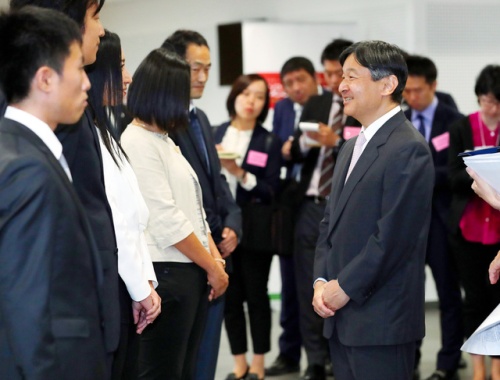 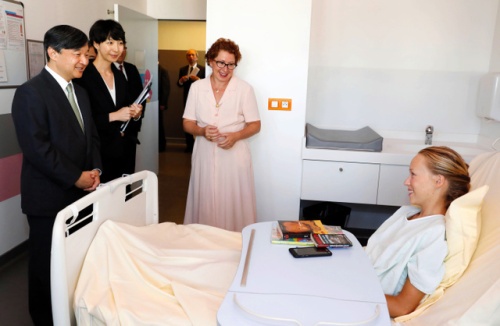 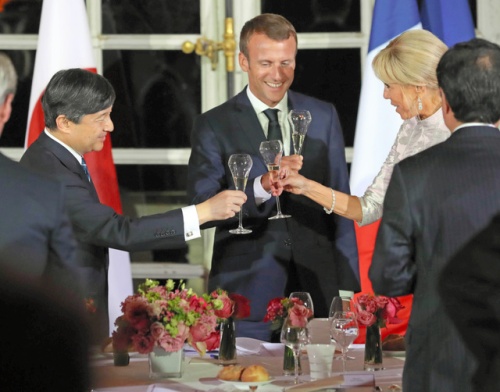 On 12th September, HIH Crown Prince Naruhito attended the banquet held by HE Mr Emmanuel Macron，President of the French Republic and the First Lady took place at the Palace of Versailles. 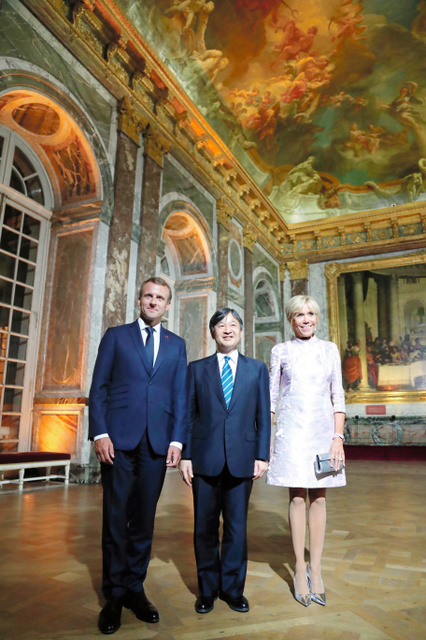 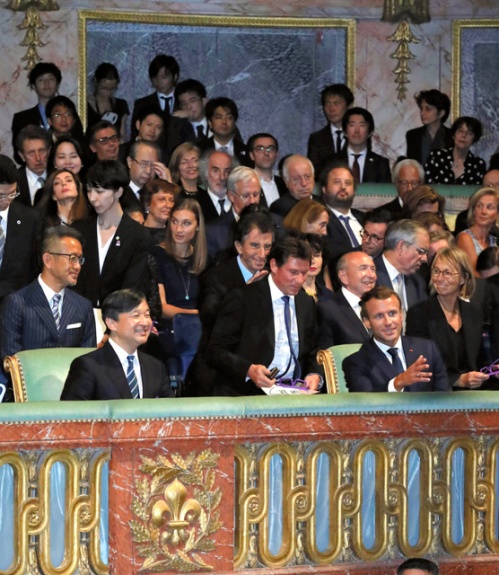 Previous to the banquet, they enjoyed the performance of Noh, a major form of classical Japanese musical drama that has been performed since the 14th century. 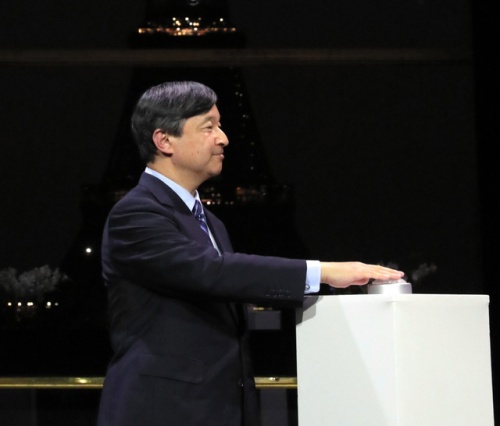