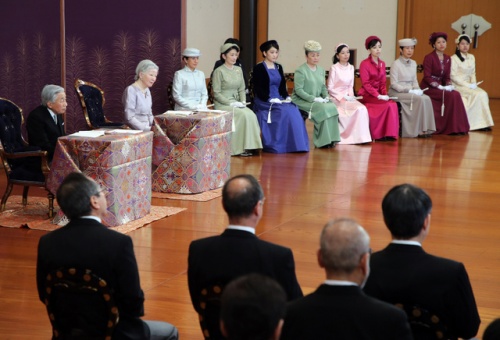 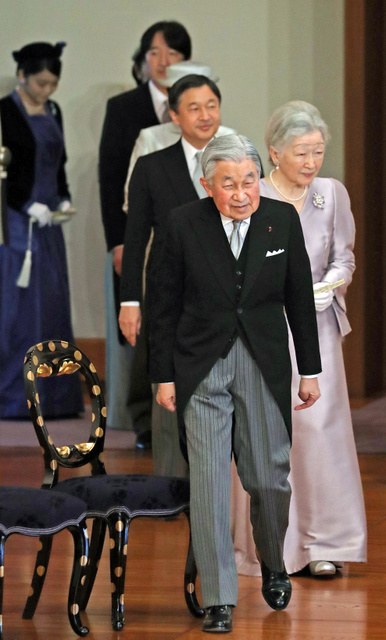 This is a ceremony in which Their Majesties listen to experts’ explanations in the fields of human, social and natural sciences in their respective field. 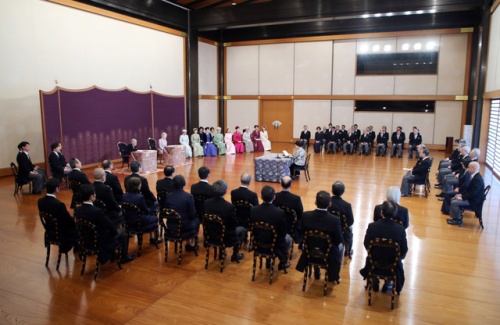 The Ceremony of the Kousho Hajime was instituted in 1869 with a “lecture for the New Year” designed for the enlightenment of studies by Emperor Meiji. In those early days, lectures concentrated on Japanese and Chinese texts, and subsequently came to include western texts. From 1953 the explanations in the above-mentioned three fields came to be instituted.

It was the first time for HIH Crown Princess Masako to attend the Ceremony since 2003.