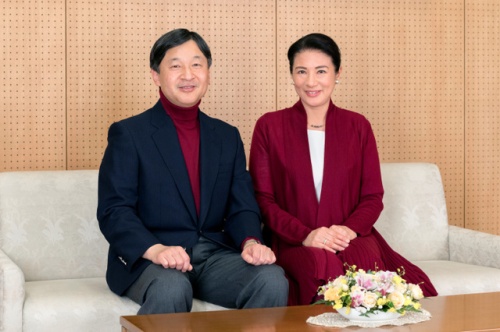 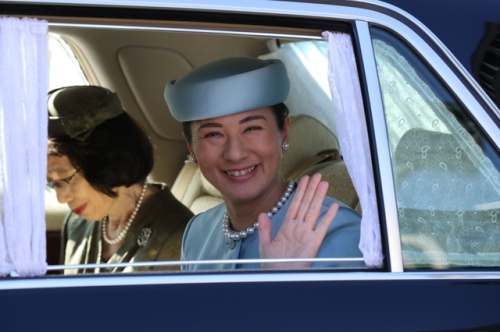 Crown Princess Masako feels ‘sense of awe’ about her future

Crown Princess Masako, who has long struggled with depression, vowed on her 54th birthday Saturday to continue efforts to fulfill her duties, as she is now set to become empress in May 2019.

“When I think about the future, I feel a sobering sense of awe,” she said in a statement, referring to Friday’s Cabinet decision finalizing April 30, 2019, as the day Emperor Akihito will relinquish the Chrysanthemum Throne.

“Following … the Emperor and Empress as my guide, I will step up efforts to be able to fulfill my duties while supporting” my husband, she said.

The Harvard- and Oxford-educated former diplomat is still suffering from a stress-related illness but has shown signs of recovery in recent years, appearing in public more frequently.

According to the Imperial Household Agency, the Crown Princess took part in 64 public duties and Imperial rites that required her to leave her residence over the past year. That’s the most since 2012, when such data became available.

“I am thankful and glad that things that I can perform increased gradually,” she said.

In 2004, the Imperial Household Agency said the Crown Princess was diagnosed with “adjustment disorder.” According to her medical team, she is recovering but still has ups and downs. Noting that excessive expectations could lead to pressure, the team wants the public to understand that attention will likely grow over how she will respond to becoming empress.

Emperor Akihito, 83, who ascended the throne in 1989, and Empress Michiko, 83, have often traveled to disaster-hit areas to comfort survivors. They have also made trips to World War II battlefields overseas to pay tribute to those who lost their lives. Japan fought the war in the name of Emperor Akhito’s father, Emperor Hirohito, posthumously known as Emperor Showa.

“I would like to pay my heartfelt respects and gratitude to the past conduct” of the Imperial Couple, the Crown Princess said. She also said she was “deeply grateful” for the Imperial Couple’s “warm support” and the opportunity to learn from them over the years.

Looking back over the past year, the Crown Princess expressed sympathy for those affected by natural disasters, including the flooding in Kyushu in July, as well as those still enduring hardship caused by the massive March 2011 earthquake and tsunami in Tohoku.

Regarding her only child, Princess Aiko, the Crown Princess said the 16-year-old seems to be enjoying high school with her friends.

“I want her to make various experiences and grow further while keeping in mind the importance of having a grateful and caring heart.”

The Crown Princess gave up a career as a diplomat in 1993 to marry the Crown Prince. She gave birth to Princess Aiko in 2001 but continued to face pressure to produce a male heir as law stipulates that only males born to the male lineage of the Imperial family can ascend the throne.