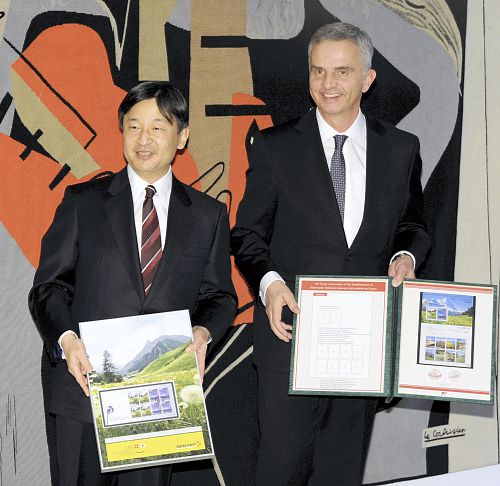 On 4th February, HIH Crown Prince Naruhito attended the reception commemorating the 150th anniversary of the establishment of the diplomatic relations between Switzerland and Japan held at Swiss ambassador’s residence in Tokyo.
HIH Crown Prince Naruhito and HE Mr. Didier BURKHALTER, President of Swiss Confederation are the honorary presidents of the project commemorating the Anniversary of Diplomatic Relations between Switzerland and Japan.